Skip to content
At the Annual Conference at Point Lookout earlier this fall, Phil Brookhouse was honored as the 2014 Janet Nesin Reynolds Outstanding Educator.  Because the award is always a surprise to the honoree, Barbara Greenstone kept everyone in suspense as she slowly revealed details of Phil’s career as a exemplary middle level educator. Below are her comments:
It’s my honor to announce the latest recipient of the Janet Nesin Reynolds Outstanding Middle Level Educator Award. If you’ve been to past conferences where this award has been presented, you know that it’s a surprise to the recipient, and we try to introduce that person in a way that gives out little clues to the identity and builds suspense. I don’t know how I can do that today, because this person is so well-known across the state of Maine that many of you will know immediately who I’m talking about, and so will he. That’s clue number one. It’s a he.

This teacher has more than three decades of experience as a middle level science teacher. In the classroom his practice demonstrated his passion for his content as well as his deep commitment to the young adolescents he inspired every day. Science pedagogy for him had to be hands-on and inquiry-based; he couldn’t do it any other way. I never had the pleasure of visiting his classroom, but knowing him, I’m sure his classes included many aha moments as well as ha-ha moments.
Then, in 2005, he left all of that to be a full time teacher of teachers and my partner in crime. We were Statewide Integration Mentors (SWIMs) for MLTI and we traveled the state together, providing professional development for middle level teachers. (If you don’t who I’m talking about now, you haven’t been paying attention). As we prepared for our first workshop together, I remember thinking, “This will be good. This guy’s smart, hard-working, and likable. He has good ideas, It will be okay.” I had no idea what I was in for. He showed up for that first workshop with Jolly Roger flags

and a Jack Sparrow hat because it was September 19, Talk Like a Pirate Day. That may have seemed like a risky thing to do when you’re starting out with a new partner whom you don’t know very well yet. But he soon found out that I love that kind of thing. So it turned out to be a great teaching partnership, although some people mistook us for a comedy act. In fact, we were doing a workshop together one day, and we must have been in rare form because one of the participating teachers said, “You guys are so funny. You have this Sesame Street thing going on. You’re adorable.” That may have been the first and last time the word adorable was used to describe me.
But seriously, this teacher has demonstrated a deep commitment to helping middle level educators develop their practice. He understood from the beginning that MLTI was not just a technology initiative, but was a catalyst for changing teacher practice, making it more relevant for the 21st century. But you don’t have to take my word for it. Just go to maine121.org and read his posts, listen to his webinar recordings, or go to iTunesU and listen to his podcasts. You’ll hear about his work with EcoScienceWorks, developing games and simulations specifically for Maine teachers and students that were installed on every MLTI laptop. (And some components of EcoBeaker Maine Explorer are still in use today by teachers in my school.) You’ll read about visual literacy and how to use visual representations for making meaning of complex information and concepts. If you dig deeply enough into the MLTI archives, you may even find evidence of his starring roles in epic films like “Be a 21st Century Teacher with Studywiz” in which we played good teacher/bad teacher (He was the good teacher.) Or “Will it Blend: Technological Pedagogical Content Knowledge” in which he played Perry Pedagogy the pirate puppet.
In a career that has spanned 4 decades, his work has directly or indirectly affected thousands of students across the state. And in our work together we learned so much from each other (and not just the location of every Dunkin Donuts and every gas station with a clean restroom in the state.) He stretched my thinking and reminded me that we teach kids not subjects and one of the most important things we do with kids is make memories. He also showed me how one can face life’s challenges with courage and grace. But maybe the best and truest thing I can say is that he’s the middle school teacher I wish my son had had.

I taught middle school for many years, and now I consult with schools across the country and internationally in the areas of curriculum and instruction, including technology integration. Please also check out my blog about middle school teaming at http://teamingrocks.wordpress.com/. Other publications include: Teaming Rocks! Collaborate in Powerful Ways to Ensure Student Success Everyone’s Invited! Interactive Strategies That Engage Young Adolescents 10 Differentiation Strategies for Building Prior Knowledge View all posts by Jill Spencer

By purchasing an annual MAMLE membership, you qualify for member-rates at the annual conference as well as other perks! Purchase this membership if you would like to qualify for INDIVIDUAL membership.

Interested in purchasing a MAMLE membership to cover up to 6 faculty at your school? Please use this purchase option and qualify for annual conference discounts and more! 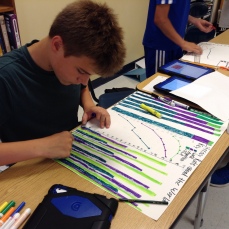 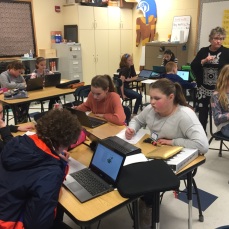 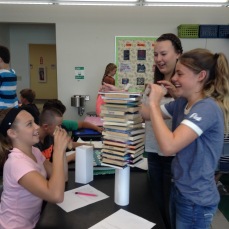